Jen Blizzard Halliday hails from Ocean City, NJ, and has lived in North Carolina for 28 years. She currently resides in Forest City. Halliday and her husband both came from military families and met while undergraduate student-athletes at the University of North Carolina at Chapel Hill. They have been married for 24 years and have two children who currently attend Thomas Jefferson Classical Academy.
Mrs. Halliday joined the TJCA Board of Directors in the fall of 2018 and has been an active member since. Mrs. Halliday serves on the Personnel Committee and is currently Chair of the Public Relations and Fundraising Committees and was elected Vice-Chair of the TJCA Board of Directors in fall 2020.
Halliday’s professional background is one of collegiate coaching. She began her coaching career as Head Coach at Hollins University and subsequently moved on to head coaching positions at Davidson College and Ball State University. During this time, she served on numerous NCAA, USAFH, and NFHCA boards and committees. Halliday also owned and directed Interstate Elite Field Hockey Camps Inc. for over a decade. Following Halliday’s collegiate coaching career, she began volunteer work with several not-for-profit organizations.
She considers herself a very fortunate individual who has had the opportunity to experience life at its fullest with some fantastic individuals by her side. 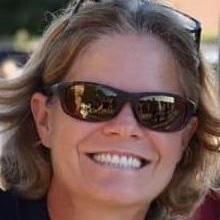