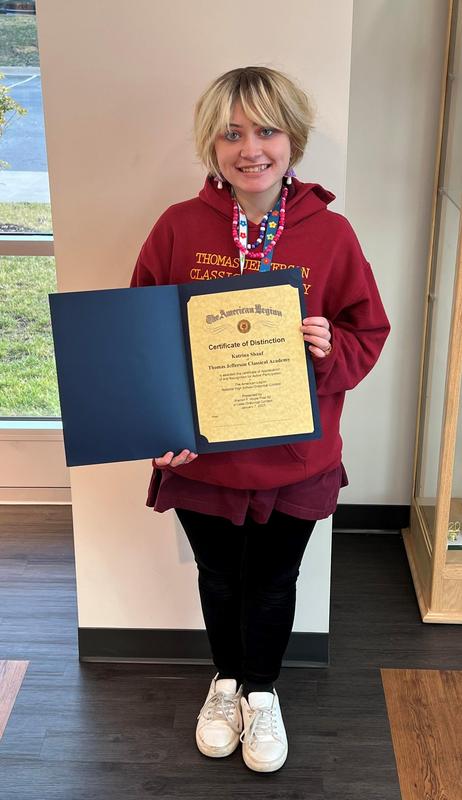 Shauf bested several other contestants at the competition, held at Gardner-Webb University.

“Due to prompting from our academic dean at the time, Jeff Ziegler, since 2013 TJCA students have competed in the American Legion Oratorical Speech Contest. The competition's focus on the United States Constitution and the duties of American citizens matches wonderfully with TJCA's mission to make thoughtful and articulate young adults who are concerned with good citizenship. While our students have experienced various levels of success in the competition including a state championship win by Gabe Turner, I am especially proud of Katrina Shauf because this year there has been no formal class time dedicated to the preparation of the speech. She truly deserves the honor of winning the Shely American Legion Post 82 competition and the very gracious $500 prize.”

Shauf will now compete in the District contest with hopes of advancing even further.