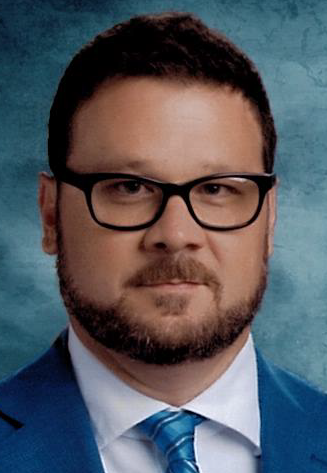 AVONDALE — For the past nine years, a familiar face could be found on the Thomas Jefferson Classical Academy (TJCA) campus willing to lend a hand and a smile. After a successful stint in Avondale, Michael Fair recently accepted a position as the Upper Campus Director at Fern Leaf Community Charter School in Hendersonville, where he and his family currently reside.

Mr. Fair first came to TJCA in 2013 and began his tenure in the classroom, teaching 12th-grade Honors and AP Government and Economics, and AP Human Geography. He was then promoted to Upper Campus Assistant Principal and served in that role for the past five years.

“Mike has made a tremendous impact in our TJCA community,” said board member Jen Halliday. “He has been with us for nine years and throughout these years he has gained the respect of teachers, administration, students, and parents. He has been integrally involved with many aspects of TJCA and will be greatly missed. I wish him the best in this next chapter of his career. I am very excited for him and the incredible opportunity he has before him at Fern Leaf.”

Mr. Fair made the move to North Carolina in 2012. Before his arrival, he worked at Florida State University School for 12 years as a social studies teacher and held the rank of Associate Professor.

Mr. Fair’s new role will allow him to be a part of history. Fern Leaf, which has been in operation since 2016, will be adding a high school program over the next four years, beginning with the 9th grade in the upcoming school year. The curriculum at Fern Leaf is centered on experiential and project-based learning designed to provide students with hands-on learning opportunities that move beyond the classroom and impact the larger community.

Fern Leaf recently broke ground on the future location of its’ new high school, the “Wilderness Campus,” which is slated to open in 2023-24.

“I am incredibly excited about the opportunity to lead Fern Leaf during its’ period of expansion and I hope to introduce and incorporate the creative instructional practices that have been refined by my experiences at TJCA,” said Mr. Fair.

Despite the departure, there is no doubt Mr. Fair will miss TJCA and TJCA will miss Mr. Fair.

“I feel fortunate to have had the opportunity to work with such a wonderful group of students, their families, and the dedicated teachers and staff at TJCA,” he said. “I will always look back on my time as a Gryphon as one of the most rewarding and impactful experiences in my career.”