TJCA set to host parent training through The Third Talk 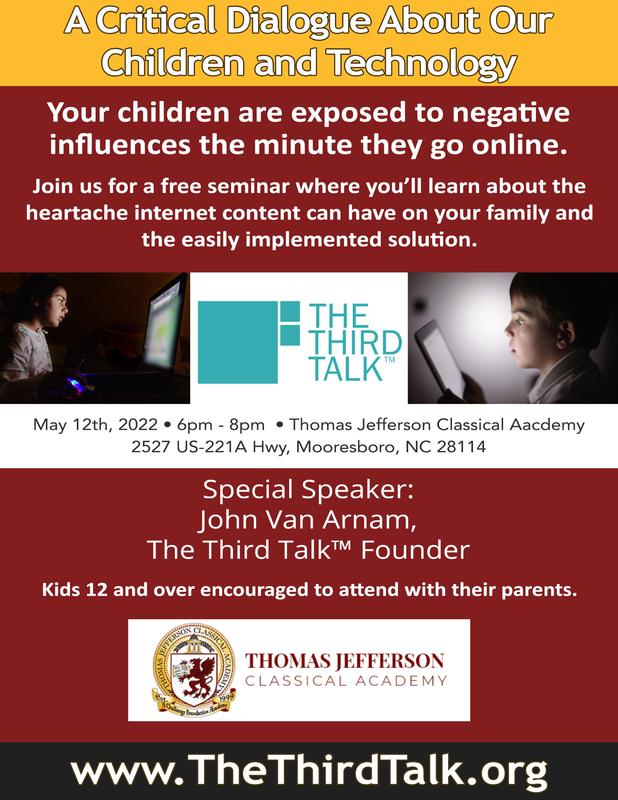 AVONDALE — An important event will happen at Thomas Jefferson Classical Academy (TJCA) on Thursday, May 12 as John Van Arnam, Founder of The Third Talk will be on campus to provide parent training on the negative influences exposed to children online.

While this training is designed for parents, children aged 12 and over are allowed to attend. Van Arnam stresses that the parents are not to blame. He says there is not one singular place the blame can go.

Van Arnam also stated that not only do the parents feel relief and gratitude at the end of the training, the kids feel relieved as well because they are able to have a conversation with their parents and relieve the guilt, shame, and anxiety they feel.

Van Arnam says the program is designed to be able to speak to the kids in their own language and have a conversation with some lightness. According to The Third Talk website, the mission is to reduce the harm to children from exposure to online pornography. It also states that The Third Talk provides practical real-world language to start that talk and the “how and why” to keep the conversation going through adolescence.

The training will be held in Leitner Auditorium in the Arts Center on Thursday, May 12 at 6 p.m. and the public is invited to attend. Children attending must be 12 years of age or older.

After the presentation, there will be a question and answer session.