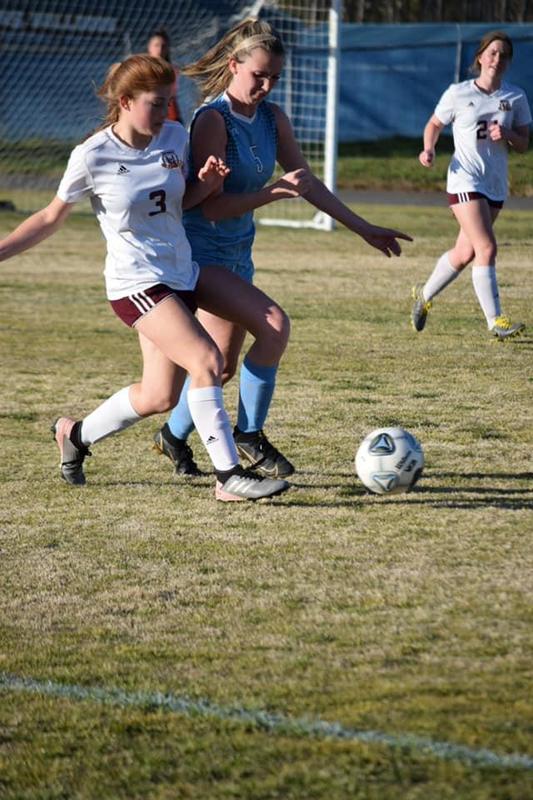 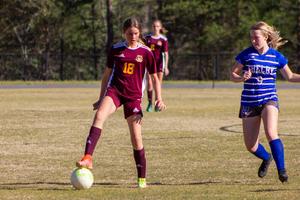 AVONDALE — It was a busy night on the sports front for Thomas Jefferson Classical Academy (TJCA) as the Gryphons had multiple teams in action last Friday.

The varsity girls soccer team picked up a key 4-0 conference win over Burns. Selma McMurry scored twice in the win, while Sophie Smart and Emily Alexander accounted for the other two goals. The win elevated the Lady Gryphons to second place in the conference standings, trailing only East Gaston.

TJCA has a tough stretch this week, playing three games in three days. The Lady Gryphons host Bessemer City on Tuesday and will travel to East Gaston on Wednesday and Cherryville on Thursday.

The middle school girls soccer team picked up a 6-0 win over Shelby on Friday to remain unbeaten on the season.

Emerson Taylor and Ella Duncan both scored twice to go along with goals from Sophia Bell and Lily Hoyle to account for the 6-0 final. The soccer team will travel to R-S Middle today looking to remain unbeaten.

The varsity softball team fell to Shelby, but the offense pushed across three runs in the effort. The Lady Gryphons are scheduled to host Bessemer City on Tuesday.

The middle school baseball team fell to Shelby on Friday, but played well and had a lead through 4.5 innings, before ultimately falling. Landry Ohmstead had a good outing on the mound, while Alton Freeman and Judson Brown delivered big performances at the plate.

The varsity baseball team suffered a loss to Shelby on Friday but had multiple guys play well.

The middle school baseball team will travel to R-S Middle today, while the varsity team is scheduled to host Bessemer City on Tuesday.