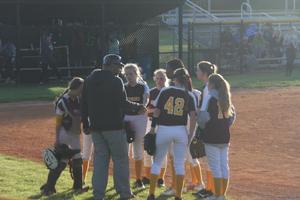 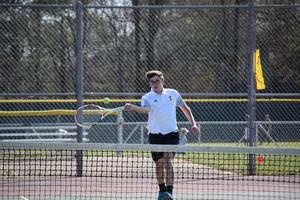 AVONDALE — The Thomas Jefferson Classical Academy (TJCA) Middle School girls soccer team earned a 4-0 victory over Chase Middle on Monday evening to remain undefeated on the year. Emerson Taylor scored two goals to go along with one from Campbell Powell and one from Sophia Bell.

The middle school baseball team nearly toppled Chase on Monday, but two seventh-inning runs would be the difference as the Gryphons fell 15-14.

TJCA put up a valiant fight, scoring five runs in the top of the seventh to overcome a four-run deficit, but Chase would score twice in the bottom of the frame. Landry Ohmstead and Alton Freeman delivered strong pitching performances, while Tate Black, Judson Brown, AJ Whisenant, Rhylan Wood, Ohmstead and Freeman delivered at the plate, combining for several hits.

The TJCA men’s varsity tennis team suffered a 6-3 defeat on Monday to traditional 3A power Crest. Charlie Schweppe picked up a 10-3 win in singles and teammate Turner Cook won his singles match 10-6. The doubles team of Cook and Tanner Richards won 8-4.

The Gryphons will be back in action today against Burns for Senior Night.

The TJCA varsity softball team fell to Shelby on Monday, but had one of their strongest offensive outings of the season.